Gluten vs. Gliadin: What you weren’t taught in school

Gluten vs. Gliadin: What you weren't taught in school 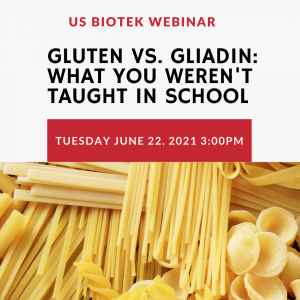 When it comes to exploring why wheat is such a notorious culprit in the GI and extra-intestinal GI presentations casting a wide net can be critical. With upwards of 30 percent of the general population genetically predisposed to Celiac Disease (CD), a mere 3 percent are reported to develop this disease, leaving it largely underdiagnosed.

Part of the variability and susceptibility of manifesting CD and Non-Celiac Gluten Sensitivity (NCGS) arises in how a given individual digest and handles immunologically the gliadin prolamin (from gluten) and related prolamins (from wheat, barley, and rye). These prolamins are primarily resistant to complete digestion by human digestive enzymes.

In the webinar we will cover: